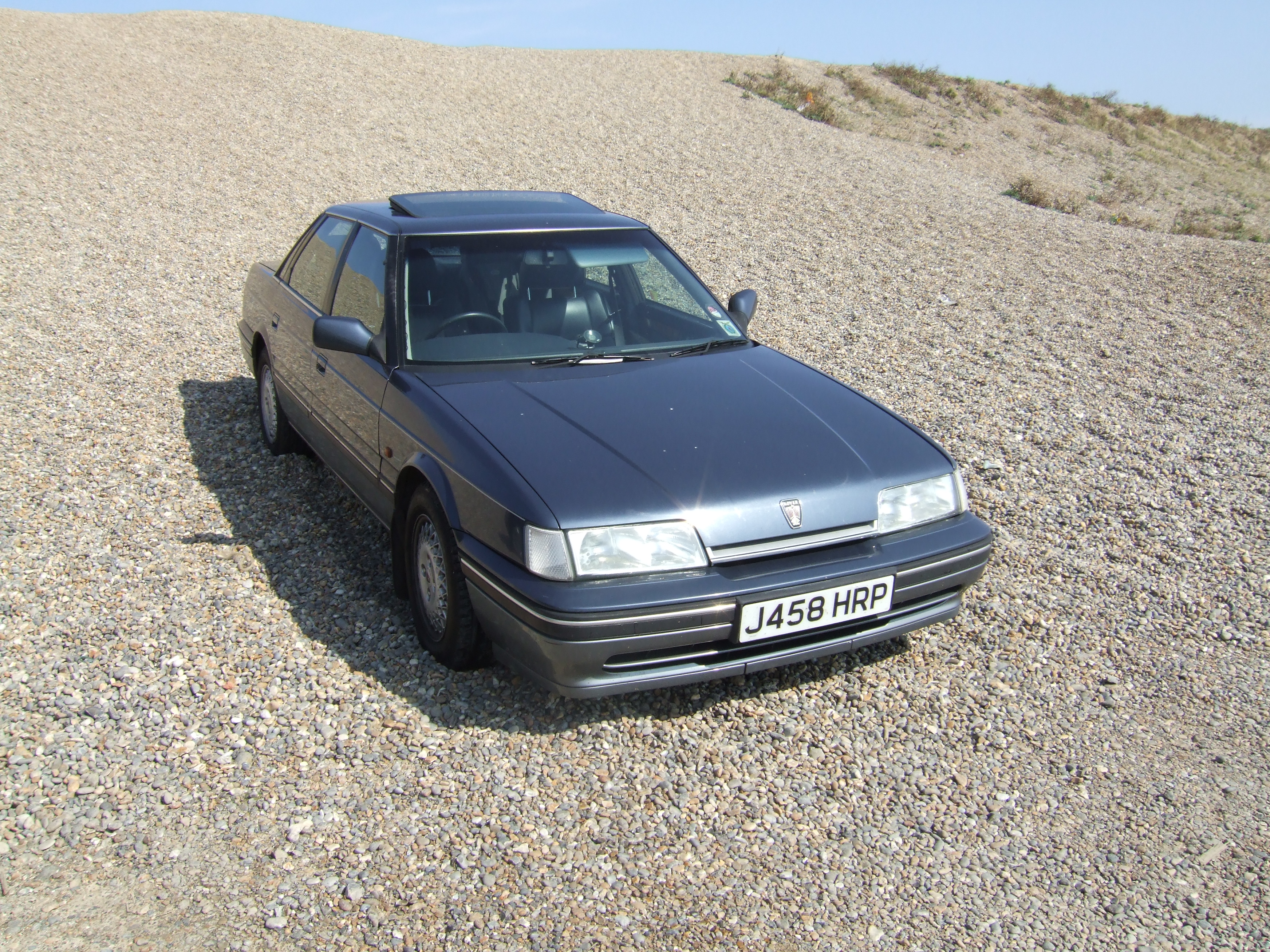 The Sterling started off in the family in 1992 when my Grandfather bought it from the Rover auctions. He flew Stirling’s in the war and wanted a luxury car so when the Sterling came up it was an obvious choice.
When he sadly passed away the Sterling stayed parked in my Grandmother’s garage for many years. In 2006 she asked me to do something about it which basically meant phoning a scrap yard to collect it. After having a look round the car I decided it was far too good to break, having just 52,000 miles on the clock and being in perfect condition so I hooked up the jump cables and tried to start it. Despite not having been started or moved for almost 4 years it started on the button and drove out of the garage just fine. I inflated the tyres and booked it in for an MOT to see what it would need to pass. Much to my shock it passed first time so a couple of days later we drove it back to Norfolk.
The Sterling then served as our daily transport for several years covering another 45,000 miles and going as far afield as Barcelona. We still own the car however it now needs some TLC to battle the ageing process.

*Update 2020* The mighty Sterling has now had a full restoration including a full respray but a local classic car specialist and is looking like new again.