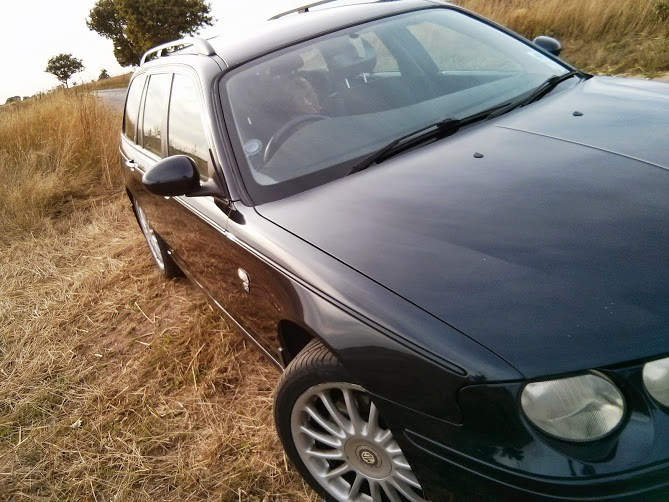 I really liked the Rover 75, it was built well, was very comfortable to drive and could fit everything in we needed to carry however it had one critical flaw.....terminal dullness!

The ZT-T was my attempt to get all of the best qualities of the 75 but with a little added spice and it worked! Bought in 2011 it served as our daily transport until 2015 which is quite an achievement!

Once I had sold the Rover 75 I put a message on to the owners club forum to see if anyone had one for sale and a very nice chap called Tam (rotrex on the forum) answer and said that he had an LPG converted 190 for sale. This ticked all the boxes as being an enthusiast he's dealt with all the common faults however there was one major issue.......Tam lived in Scotland!
After talking to him on the phone and managing to understand some of what he was saying I took the plunge, booked flights and headed up there. Tam picked me up from the airport and took me to see the car which was everything he'd promised. After a short drive (and Maccy D's stop!) the deal was done.....that would have been it however Tam was a very chatty chap with a lot of interesting tales to tell. some 4 hours later I was finally on my way for the long drive from Scotland to Norfolk. In the course of 1 day I did Scotland and back which is a first.

Very sadly Tam, who was a highly regarded club member became ill shortly after I bought the car and passed away. Even more poignant because he wasn't that old and had a young family. The ZT has Scottish flags on the wings where the union flags should be, it has been my intention to change these once the car made it south of the border however as a mark of respect they'll remain Scottish.

After 3 years and 38,000 miles the ZT finally made way for the Merc