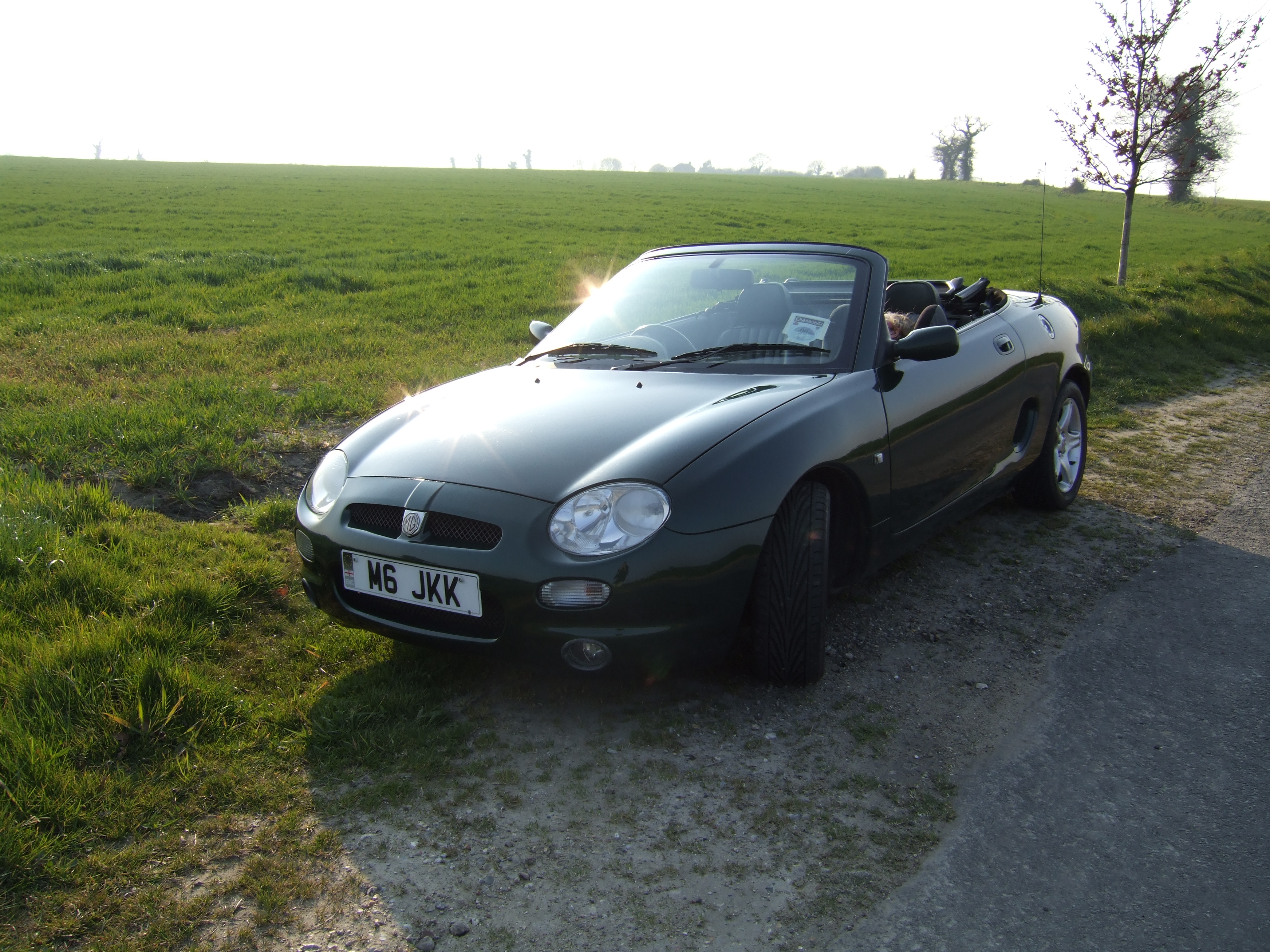 Our second MGF was very much an impulse buy. My brother had just bought a TF160 and reminded me how much I missed the red one so one night after probably too much beer I spotted this on eBay with just a few minutes to go and 0 bids and took a chance. I was the only bidder so won it by default! The following day Nick took me down in the TF to collect it and we had a mini-convoy back. The green MFG was Esme's first experience of open top motoring although being a baby at the time she doesn't really remember it. During it's time with us I fitted a Mike Satur slick shift kit and K&N 57i induction kit which helped to make it a bit more sporty. It also had an incident when a tile from work fell several stories and but a large cut in one of the doors. Thankfully work paid for the damage and whilst it was in having that done I got pretty much all of the car resprayed.
We had the green one for a couple of years before I was offered the A8 as a trade.