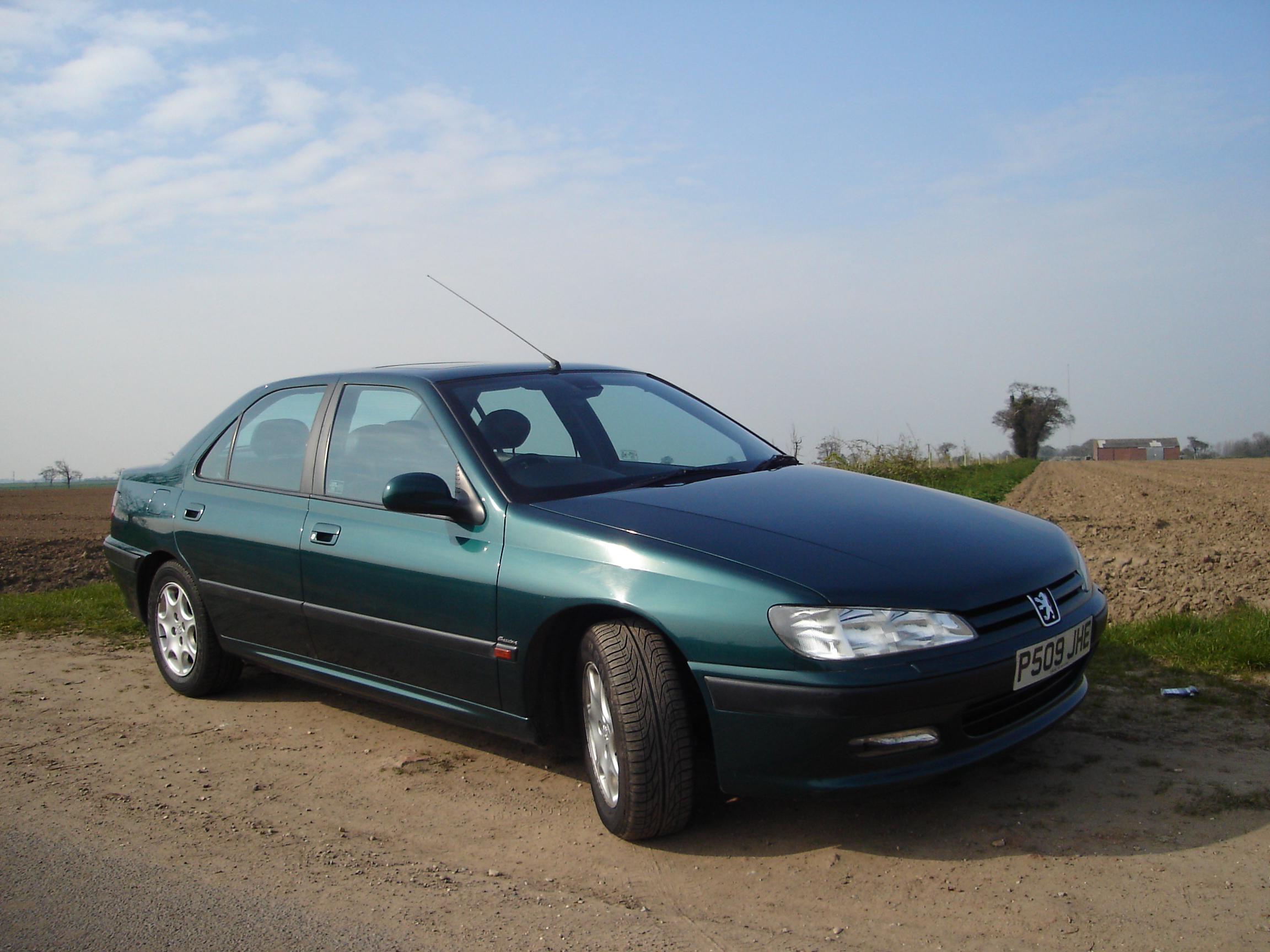 The 406 was a purchase of desperation. For 6 months the RV8 had been our only car and given it's problems with actually running it meant we'd spent most of that time in the garage's courtesy car, which just happened to be a very ancient and grubby Rover 214. Faced with another couple of weeks in the Rover I headed off to the auctions with my mate to see what was around. As it turned out there wasn't much of interest until I noticed the Peugeot enter the room. I hadn't even had a chance to look around it but it looked tidy enough from a distance and when the bidding slowed at £1400 I thought I had to have a go. Amazingly I got it for £1600 which was a bargain at the time.
The following day we were due to fly to Cyprus from Luton and we had planned to arrive in style in an ancient bashed up Rover however I couldn't bear this so on the morning of the flight we got a lift to the auction house in Norwich, loaded our bags into the back of a car that I'd never even driven and headed off! Thankfully the car was fine and we had a very comfortable trip down to the airport.